Let’s enter the conclusion gate shall we?
Here is the log:

Notes:
-Inflicted damage varies due to attack direction, irrelevant since we graded “damage inflicted”
-Roland takes no part in battles, moves as far as he can away from hot zone.
-Most strongest MAG: Luna 373.
-No characters received damage.
-All characters use their first art due to same MP usage (8).
-No items used.
-No character performed “Wait” command.
-All characters “Meditated” their lost MP.
-No criticals performed. Right, as if a 8 MP magic attack can critical…

This has been a low level test of the game’s mechanics. 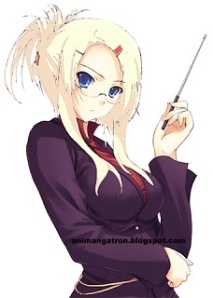 This will be the new home for my Luminous Arc 2 FAQs starting now. They will be on this blog, and the old post is no longer supported.

This is where you can post comments, suggestions, contributions or just plain dropping by for my FAQ for Luminous Arc 2, the “Luminous Arc 2 Endings guide version 1.6”. I’m not one to share email address’ so this here post will contain everything there will need to be for the LA2 endings guide.

And I’ll remind everyone, anyone can post, you don’t need to be a Google/Blogspot/Blogger member to submit a comment. But I usually ask myself, who isn’t a Google member? I know a lot of former Yahoo mail users, but really…

By the way, that’s an unreleased image of Dia that I’ve been working on for a while now. Enjoy first preview, FAQ readers. If you don’t see it, well… for some silly reason it won’t show up on my browsers so just click that odd little box above this post and underneath the post title to see the pic. ~__~