Well, I did it. I managed a full year of Anime seasons after my nearly 3 year combo sickness of stomach flu/food poisoning. Though, technically, it wasn’t exactly the full run in my prime, but nevertheless, I followed through. Let”s look at my timeline since exiting my recuperation: 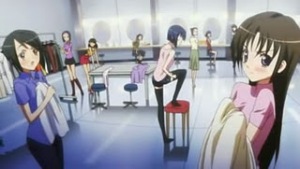 After familiarizing myself with HSDPA internet on my phone, I thought it was time to test the waters on whether or not I can return to watching anime once again, after having missed the entire 2008 year. Whatever the reason was, Princess Lover became the test subject, and for the first time in nearly 2 years, I successfully followed a series from start to finish during it’s broadcast run.

Phase 2 of my Anime resurrection plan involved testing whether or not I can follow multiple series at the same time, while testing whether or not forum participation is possible. Call it a half success, as I was able to follow Kenpufaah, Nyan Koi, Seitokai no Ichizon, Sacred Blacksmith, To Aru Kagaku Railgun, and… that’s what I can remember off the top of my head >_>. And yes, Kenpufa’s Shizuka(or was that Suzuka>_>) and Nyan’s Kanako and the twin supernatural girls, as well as Railgun’s Saten were my favorites that season. The breasts of Kenpufa and Nyan Koi played no major role in my decision XD 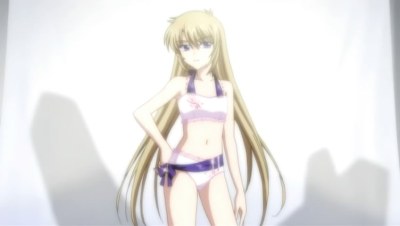 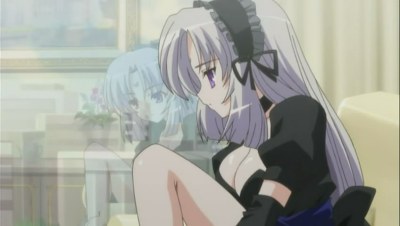 Phase 3 of my return involved following multiple series while engaging in forum activities over at Animesuki. While it wasn’t the breakout season I wanted, series like Chu-Bra and Omamori Himari took center stage in my forum goings. Several other series had my viewing pleasure, but those 2 remained as the most visited topic for me. 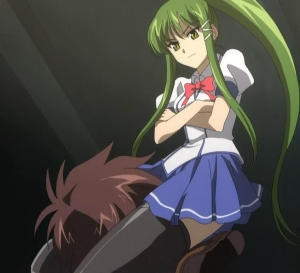 This is it. My breakout from sickness to healthy. Finally an Anime season where I returned to my true, zany form. It was so successful, having seen me gain 4 pos reps (compared to 2 from OH), a new nickname (Eikotron), the most posts I have ever done in a single, Anime series thread (300), and having almost completely changed the entire thread to my antics. Guess who’s back 😉 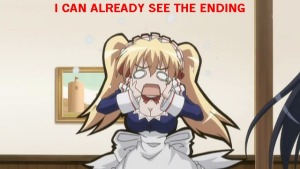 So, with another anime season coming to a close, I decided to whip out
some special powers and try to predict Omamori Himari's ending. And
what… “surprise” that was.

-“Let's see, Himari can enter [berserk] mode because she wants to
protect the one she loves/cares/protects. So who wants to bet Yuuto
will Light Ferry his way to save the one he loves/cares/wants to
protect. Ah, what an ending…”
-“So Kyuuchibi doesn't get her meal, Shuuten thinks she fails, he is
the Megaman style “oh, you thought that was the [last] boss, when it's
actually me!” and tries to end it all.”
-“…I think if they can cure Kyuuchibi's gluttony then she joins the
Yuuto clan too.”
-“…don't think Kuesu will be a deciding factor this time around.”

Score one for the mangatron!

What series should I predict next…

Well well, long time reader of the manga first time viewer of the anime, wait, this isn’t a radio show…

The following gifs are friendly for the Animesuki Forum Avatar rules. If you use these, or post these elsewhere, please, link back to this post/blog. You know it takes time to make these, and i could use the exposure 😀

*currently used by me at the Animesuki Forums

The following is a tad too large for Animesuki Forums (yeah, 5 years ago lol, seems they raised the max size to 50KB…)

You’d probably notice that these are mostly from episode 3. I would’ve wasted my time on the trivial ones like Himari’s berserk eye, but it’s time consuming lol. But now I feel like making more. Ah, as time allows…