Ichika and his harem, my explanation 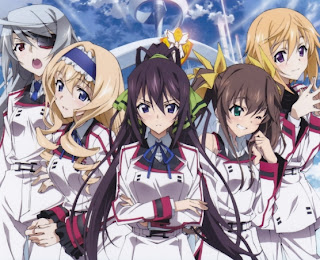 There was a question I asked myself before, and I’m sure a lot others have, and it seems to me the main topic I see ’round the parts of the web I visit, is Ichika’s harem followed by “why him”, “what do they see in him”, and what not. So I thought I’d answer that question here in his own little thread explaining a little more into his paradise and why it should not be frowned upon at a simple glance. By the way, I tried to be as serious as possible, so it’s really not a bad read. Honest!

I’m a bit surprised at the question surrounding the presence of girls around Ichika. I’ll admit I raised that question before when the series started, but being the trained observer that I am, I’ll answer my question out loud for everyone to read my zany thought process. Let’s dot the bottom line in the simplest silly terms:

-He is, what I like to say, “the only male within a 200km radius.” Or at least, what the series showed us. (isn’t there at least a male janitor somewhere? Or a teacher? ToLoveRuPrincipal?)

That’s it, actually the big, general, bottom line. It ties everything to “he’s special”, “only male to pilot IS”, “Only male to see Laura naked”, etc. But that’s too convenient. If you know me well, you know I hate convenience [in simple storytelling], I hate coincidence, and above all, I hate Ichika for being the love interest of my Houki-chan. But I’m not simple, and I certainly won’t be accepting my 200km radius excuse as the bottom line, so as per my Houki-corrupted mind, I’ll add my own flair of a better explanation for Ichika’s “paradise”.

First of all, The 5 Girls are tied to him somewhat prior to their continued interest in him. Let’s start with Houki-chan. 1st childhood friend speaks volumes of her interest in him, and why she continues to be interested, as circumstances to IS piloting have brought them together again. Having someone to side with against the teasing of Tabane must have been a missing factor when he separated from her.

–So, let’s look at Rin Fang godhelpmeIcan’tseemtofigureoutherrealname. Rinny, as I call her, is childhood friend #2. Ichika being a patron of her family’s porky meals, it doesn’t take a rocket scientist baby to figure out her appreciation for him. Having heard he appeared in quite an accessible school, she takes action to see him again.

–Let’s look at Cecilia. I like to look at her, you know, her headband is cute. Size-able bosom, hmm hm. Ahem, Cecilia, rather starts late in the game, as her first encounter with Ichi begins in class. That’s not to say he just appeared into her mind then and there, she’s held some dissent towards him when the news went out of his IS abilities, and his exam to entrance. But after having done battle with him, and the dissent clouding her heart lifted, it’s hard to deny this girl changed her opinion of him leaning towards the romantic way.

–So next we’re entrapped with Shirley (Charlotte). Not really hard to see here. A “boy” tries to infilitrate a girls paradise in the hopes of spying on the latest gossip. When the subject of investigation finds out that “boy” is a girl, the beans are spilled, mission failure, time to go home when all of a sudden the investigatee thinks it’s okay to be a girl and to sleep in the same room as he, so no harm no foul let’s pretend you weren’t out to backstab me. Of course, it’s really not hard to see the girl experience the first beacon of light in her otherwise dim and lonely past, and naturally, she would like to continue to have her life continually lit with happiness instead of sadness.

–Finally, let’s stare at Laura. No screw that, take your eyes off her because she’s mine! Ahem, she goes just as a ways back as Rinny, but still not too long ago. It all started when Ichi got hijacked, and Big Sis had to pick him up. Per Germany’s exchange rate, Big Sis had to pay with her body [to be sent as an instructor]. Clean your dirty mind, you :p. Of course, being the trained weapon that she is, Laura was quite infatuated with the Pretty Woman’s skills, and upon hearing her reason why, Laura’s own version of her dissent towards Ichi started to manifest. So when she finally gets to meet Ichi, she’s out for his guts. Except when she herself experiences a hijacking, and the only one within a (gasp!) 200km radius to save him was the source of her anger, she finally understood Chifuyu-nee’s happiness towards the bloke and per the (right!) advice of her otaku-coworker, she proceeds to assault him in various pleasurable ways… (activates Hanzo breathing apparatus) Haa haaa..

Generally not hard to even fathom the advances of the other students in the school, who unfortunately fall into the “only guy in 200km radius” hole so conveniently placed there. If I could, I’d like to de-age myself and experiment, in the name of science research, and place myself as a student within an all girls Highschool. Naw, sounds like a bad idea, ja?

I’d like to point out that, despite my own explanation, I still think it’s too much of a coincidence and still has a few holes, but I hope this at least made the view a little clearer of that dark cloud surrounding the question of Ichika’s situation. If you liked this, share it around, let others know it’s not all simple and easy for him to be surrounded by MY girls. I myself will dump this onto my blog and trust me, I coughed and wheezed through this typed wall on a Sunday morning. Time to rest 😦

Comments open to all, no login required. Users already signed into their Google account can comment too.

I met Misaka in Manila.ph, and I caved.

You know, during my escapades to repair my laptop, I came across an interesting banner somewhere in Manila (Ermita I think): 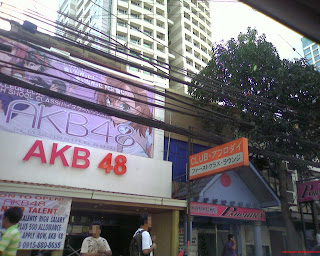 Darn power lines. This country sure could modernize…

Look, it’s Misaka and her gang! A better view: 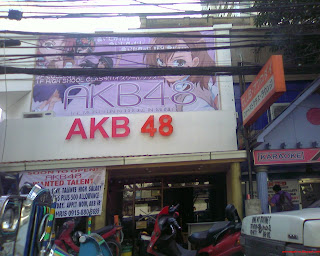 Again the darn power lines are in the way. Note the Jeepney on the extreme left, showing how low my hired ride was.

I suggest you look at the establishment beside it (on the right). I hope there are girls in there with skirts, because I would like to walk in there with a portable fan running full blast and see some panchira. Yeah, right. Ahem, anyways, having seen Misaka, I find it ironic (I don’t believe in coincidence) that the Index Season II arc at the time was the one where Misaka goes on about the penalty game, which featured appearances of some Misaka sisters and the tiny Misaka Misaka. I felt so strongly of the sisters, that I went and got my own goggles: 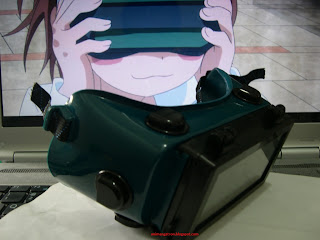 I could mod a pinhole camera from dealextreme.com into there… 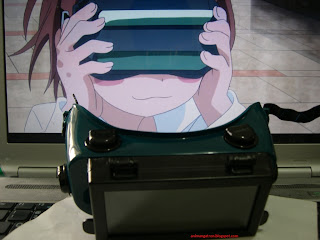 …or maybe some Splinter Cell thermal imaging and night vision…

Sure they aren’t like what the sisters use, but I remembered the color green, which happens to be my favorite color, so now I think of the sisters everytime I don these goggles as I work on repairs that fling a piece of metal at my precious eyes, says mangatron with a content tone of voice. Did I just level up to the next level of weirdness in my Anime/Manga hobby? By the way, the pictures are from a camera phone. A modded fixed focus lens, I modified it for manual focus, being possibly the first manual focus smartphone out there (yes, the lens are adjustable without a heavy case mod). The reason why I chose this camera option is because there is no way my Touch Pro would have captured it clearly, and as you can see, before I left the house I set it to a level close to infinity zoom, and despite the low tech (old phone, people), I think it came out rather nicely considering I was in a moving vehicle and my left hand was used because of the injury on my right wrist. Not bad at all, says mangatron with a satisfied tone of voice.

Of course, it made me laugh [seeing Misaka in Manila]. Now, I know Project Railgun doesn’t sponsor a karaoke place out here, but the part I laughed about, was that misuse of copyrighted material isn’t new in this country. Because, Tony Stark has a stake in this country and he wants you to work those abs: 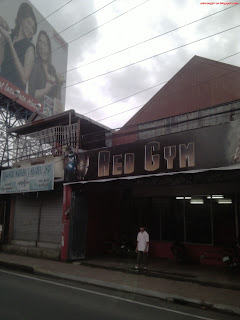 Comments open to all, anon’s and Goog’ers.